A comedy about Michael, a Kierkegaard-quoting intellectual in small town Wisconsin, who doesn? know what to do about the “AWOL alien busboy” who has decided to spend his shoreleave in Michael? living room watching reality TV and eating Cheese Doodles. Will the real alien please stand up? The comedy hit of the Actor? Theatre of Louisville Humana Festival.

Buy the play from The Drama Book Shop

The poignant portrait of an artist, the woman who loves him, and his lifelong struggle to retain aesthetic ownership of his work. In the late 1950s, Gene Kaap is a young turk about to hit it big brash, cocky, but deeply insecure underneath the tough facade. In the late 1980s, he is slowly losing his mind and his talent to the relentless onslaught of Alzheimers. In both periods he struggles with whose opinion of his work matters more everyone else? or his own. The first in a trilogy of plays that explore the relationship between past and present, and between the America of the 1950s and ?0s, and today.

When the sweetness of young love meets bitter racial prejudice, which will be the stronger? In 1968, teenage Frannie falls in love with Desmond, a young black man who disappears suddenly and mysteriously from her life. Thirty years later, when Desmond? son arrives at her door, middle-aged Frances must face her own complicity in Desmond? fate. The second play in the trilogy.

Judy Garland Died for Your Sins

In the struggle for freedom, we sometimes create new prisons of our own devising. In 1969, young Julian must choose between the man he loves and the woman he is expected to marry. Thirty years later, the mature Julian learns that the consequences of that choice are further reaching and more heartbreaking than he had ever imagined. The Stonewall riot, and the modern Gay Pride Parade that commemorates it, serve as backdrop to this powerful and redemptive drama. The third play in the trilogy.

A play of high style, dark secrets, and rich comedy. Oliver, the uber prodigal son, returns to his family home intent on finally behaving himself and joining the traditional Thanksgiving fox hunt. But his family wants nothing to do with him. And the memory of the previous evening? dark night of the soul in New York City keeps intruding on Oliver? plans to remake his life. Part modern urban speak; part iambic pentameter; part human; part horse this play is a wild ride of great theatricality and serious fun.

The Critic and His Wife

How desperate are the measures an artist must take to succeed? Is suicide an option? Two brothers, one a theatre critic and the other an obscure playwright, vie for the alpha role in their family relations and in the theatre. Part love note to the theatre, and part poison pen letter, the play is both an excoriating critique of today? theatre world and a tale of one man? redemption through art.

In The Western Garden

A trilogy of one-acts on the theme of art how and why we create it. In the first play, The Rothko Room, a man and woman meet in the room of a museum devoted to the works of Mark Rothko. They are either complete strangers or they know each other better than anyone else in the world. Which is it? Is the secret in the mysterious Rothko paintings themselves? The second play, Water and Wine, is based on an historical incident in which Michelangelo visited a poor farmer who had unearthed the long-lost ?aocoon group statue of antiquity. In the play, Michelangelo finds not just the statue but also the farmer? son … who dreams of becoming an artist himself. Levels of Perception is the one-act source for Painted From Memory (see above) in which an aging, ill painter fights to retain moral ownership of his own work.

A basket of blueberries. A pristine kitchen. A dreamscape in one act. Emma, a tightly wound housewife, wakes one morning from a dream about an airplane landing on the front lawn with the suggestion that she climb on board. Her husband is not amused. But then a cab driver shows up insisting that he has been sent to pick someone up at this address. And it seems he was a pilot during the war…. (Published in Best American Short Plays of 1993-94)

Politics do indeed make strange bedfellows in this bizarre, hilarious, and sometimes dark rendering of American history. Here we find George Washington as King George III’s petulant boytoy, Frederick Douglass and Emily Dickinson as star-crossed lovers, J.P. Morgan and Lizzie Borden as a match made in hell, Marilyn Monroe in the process of dumping Lee Harvey Oswald for another more distinguished lover in the White House, and Tonya Harding being … well, Tonya Harding. This play is not yet available for download, as it is currently in preparation for its world premiere at the Edinburgh International Film Festival. Performances begin August 1st!

Medical intern Lewis is in love with Robin, but can? quite let go of his needy ex-girlfriend Cecilia. Past and present mingle in this dreamlike, wistful comedy of young manners.

For information regarding production rights for Stuart’s Plays, please contact: 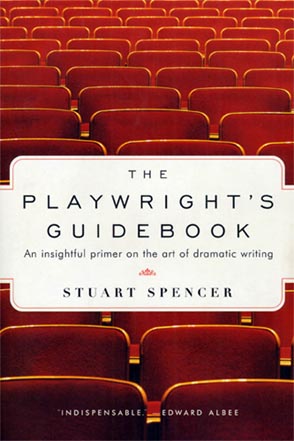